RAMÓN BILBAO, NAMED ONE OF THE 50 MOST ADMIRED WINE BRANDS IN THE WORLD BY “DRINKS INTERNATIONAL” MAGAZINE 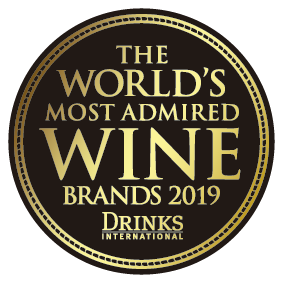 Madrid, 18 March 2019. It is the bible which assesses the health and the influence of wine brands from all over the world, and for the first time, Ramón Bilbao is included in the list. The winemaking company, with bases in Haro and Rueda, has earned a place among the world’s 50 most admired brands. This has been made plain in the latest edition of the Drinks International magazine, one of the most prestigious international wine publications, which draws up an annual list of the most important brands around the planet.

In the list for 2019, this time headed by the Australian winemakers, Penfolds, which only includes four Spanish bodegas, Ramón Bilbao is listed for the first time ever in 40th place. This recognition endorses the Rioja cellar’s successful commitment to an approach to winemaking underpinned by innovation and sustainability. This award marks a historic milestone for the cellar, part of the Zamora Company group, and represents the consolidation of Ramon Bilbao’s international outlook since, as well as being a reference brand in the Spanish market (where it is the number 1 brand in the Horeca channel), it seeks to replicate its model for success in the rest of the world.

‘The World’s Most Admired Wine Brands’ ranking is drawn up on the basis of surveys among international professionals from the sector of different nationalities (journalists and wine writers, sommeliers, Masters of Wine…), who are asked to choose the wine brands they most admire, taking into consideration aspects such as quality, authenticity and brand image. In their assessment, Drinks International highlight the key role of Rodolfo Bastida, the Technical Director of Ramón Bilbao, for his “commitment to the terroir and the pursuit of a modern, fresh style in Rioja”.

The awards were presented yesterday in Düsseldorf, Germany, at an event organised by Drinks International during the Prowein 2019 wine fair, which each year brings together tens of thousands of wine professionals from all around the world. The publication of this list of 50 influential brands is an annual milestone in the wine industry and represents the most respected independent thermometer for the health of the sector. It is a selection in which you can find wineries from Australia, Chile, New Zealand, France, Italy, the United States, Canada, South Africa, the Lebanon and Spain, which for the first time ranks Ramón Bilbao among the world’s most admired brands

Bodegas Ramón Bilbao, a historic bodega with a contemporary character.

Ever since it was founded in Haro in 1924, the family-run business has played a pioneering role in the Rioja Designation of Origin. Innovation and perseverance are part of our values and our working philosophy is evidence of that. Ramón Bilbao owns 180 hectares of estate vineyard, all in singular spots, and also carefully looks after more than 600 hectares more in the main quality growing districts of the DOCa. Rioja.

In addition, in 2016 Ramón Bilbao built a new winery in Rueda, Valladolid, where they had already been working for several years, with the aim of becoming a point of reference in the production of white wines of excellence in the country’s most important Designation of Origin for white wines. The new facilities are located in the Finca Las Amedias estate, a 60-hectare vineyard in a privileged location.

About the Zamora Company

The Zamora Company is a Spanish business group with the capital 100% controlled by the family, which makes and distributes wines and spirits with high added value, aimed at providing customer satisfaction and the creation and development of premium brands.

With a presence in over 80 countries, the Zamora Company is made up of an experienced international team of over 350 staff and has an extensive portfolio of Premium brands, with production facilities in Spain, Italy, the U.S. and the Dominican Republic, and annual turnover of € 174 M.

The Zamora Company owns internationally renowned brands such as Licor 43, Bodegas Ramón Bilbao, Limoncello Villa Massa, Martin Miller´s Gin, Sangría Lolea, Mar de Frades, Pacharán Zoco, Cruz de Alba, Thunder Bitch, Yellow Rose and Orujos El Afilador, to which you also have to add the brands they distribute and have a share in and which also form part of the family company’s portfolio: Matusalem, Champagne Pommery, Tequila José Cuervo or Bushmills, among others.